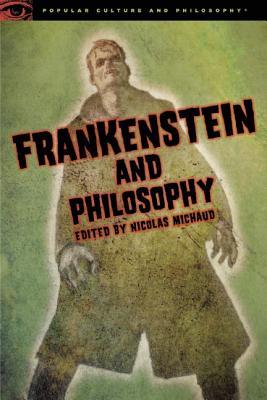 The book might have been repetitive but it did leave me with some interesting ideas, such as:

Sewing human parts together doesn’t rewrite their DNA, so any monster children will be built on normal human DNA.

The context here was the theory that if Victor was clever enough to make a human being, he surely could have created a woman who couldn’t conceive. So, his reason for not making a companion for the monster wasn’t that sound. To which I thought, what was to stop the monster from forcing Victor to make another female — one who WOULD conceive once the former had given in? Or, franken-children, the next time?

If the monster is that brilliant, he should be able to construct a woman himself and then sail off with her in his home-made submarine.

This part is from a chapter that insists that Victor fears the genius of the monster, which is the actual reason behind his refusal to build a franken-woman. After all, the monster was clever enough to teach himself to talk — one might add, in quite lyrical prose!

Then there was a chapter on Frankenfood (GMOs) and how certain scientific progress can be likened to what Victor did, such as genetic engineering:

as well as, electroporation:

cells’ membranes are destabilized by means of electric shocks (an echo of what breathed life into the Monster?)

In the novel, Mary Shelley insinuates an untoward relationship between Justine and the Baron after the death of Ms. Moritz.

Really? How did I miss that? Did anyone else notice this?

It might be that Victor was changing some parts of his story for Walton when he related his tale.

It does feel surprising how we all just take Victor’s word for what happened. Could he have not been lying? And while we are on that subject, what is the deal with Walton going gaga over him? Isn’t the monster supposed to have a silver tongue? Why is what Victor saying affecting Walton on such an intimate level? What did he do to inspire such loyalty?

On the subject of “rogues”, a part of the philosophical book by Jacques Derrida on how we love alienating others from the general population. Anyone who doesn’t fit is labeled a rogue:

a monster which is foreign, strange and misunderstood are trying to point out that which is other to them represents a threat.

This fits beautifully with the way people have reacted to an influx of Syrian refugees into their countries. Furthermore:

using a twisted logic that says more about him or her than it does about the Other.

This brings me to something that I have been meaning to look into. Transgenders have been looked down upon and denied a voice, rights etc. for centuries. When did society start blaming them for being other? How did being born this way become their fault? I think I might have come across a book about transgender history on Instagram. Worth a revisit, right?

who think they are in the right because they are in the majority have a power and strnegth in numbers and in traditions and habits, giving themselves a sense of authority to judge someone outside of their group.

What do I need to say to that that hasn’t already been said? Maybe this:

it causes a normative, indeed performative, evaluation, a disdainful or threatening insult, an appellation that initiates an inquiry and prepares a prosecution before the law.

We all know what an “inquiry” can do!

a judgment that goes beyond calling someone “wrong”; it shows hatred and ill-intent.

a system of judgment where the monster can never be “good.”

(calling ourselves humans) through language, thus in the very way that is denied to those who are being labeled (otherwise).

creating an enemy for themselves, and in turn become an enemy to someone who already feels threatened.

Brings to mind the many times Islamophobia has resulted in people getting hurt!

In the same way, a foreigner who looks like a native citizen presents a threat that a readily identifiable foreigner does not.

Easy to single out the other when they have beards — or not. I’d also like to mention the Bangladeshi revolution here and the atrocities committed by both sides! Then there is also the Holocaust that is never far from our imagination.

The quotes that stayed with me:

And some funny parts, including:

regularly enchanted by nature, to the point that Clerval goes into aesthetic rapture at least twice a day, when the sun rises and sets.

Here are some transhumanistic advances for you to enjoy.

This brought me to an important question:

As I end Project Frankenstein, I come to the conclusion that the monster isn’t just a villain. He can be used as an analogy for a myriad of topics. That can only be true because: